Wesley V. Finley June 7, 2022 Amazigh ethnicity Comments Off on The meaning of animism: philosophy, religion and living being 4 Views

In some cultures, life and sentient beings are believed to exist only for certain beings, such as humans, animals, and plants. In other belief systems, however, places and objects are also believed to have some level of sentience. This is the case with animism, the belief that all things, including plants, animals, objects, places, and even concepts, are spiritually alive.

Animism is fascinating because it is not necessarily a religion in itself, but a belief that is part of many different religions. It focuses on the soul of all beings and emphasizes a spiritual connection between all things, both scientifically living and non-living. Animism is an incredibly common aspect of many indigenous cultures around the world and provides a common bond between some of these cultures. In many indigenous cultures, animism is so tied into their way of life that they don’t even have a term for animism. This is the basis of their whole worldview.

Any event that occurs in the world is attributed to these supposed spirits. If a natural disaster such as a tornado, earthquake, or drought occurs, it indicates dissatisfaction or dissatisfaction in their respective spirits. In some religions, individuals believe that humans can impact the moods or responses of these spirits. In others, the spirits’ behavior is out of their control and they must rely on them to survive. But where does animism come from and how has it evolved over time?

From Old to New: A Brief History of Animism

Even though animism as a concept has been around for years, identifying the concept and giving it a name has taken some time. In 1871, English anthropologist Sir Edward Tylor wrote the book primitive culture , in which he describes and compares groups he considers “primitive” or “civilized”. Although the book is often considered unsubstantiated by modern anthropologists, it was a key piece of anthropological literature in the late 1800s. In this book, Tylor coined the term “animism”, which he described as “the general doctrine of souls and other spiritual beings in general…An idea which permeates life and will in nature.”

Tylor at the time believed that animism was a primitive form of religion, and perhaps the most ancient religious concept. Although it has been widely debated, it is clear that animism is an important part of ancient religions such as Hinduism and Buddhism, even though the idea of ​​an ancient world religion has been dismissed by other archaeologists. .

Tylor’s book and his definition of animism is considered one of the first defining moments of the subject of anthropology, the study of humanity and human behavior. Other aspiring anthropologists at the time considered animism to be the main “religion” of “primitive groups” throughout the world. It was believed in comparing primitive groups to civilized groups that there was an inverse correlation between civilization and animism. Essentially, they believed that as the civilization of these “primitive” groups increased, the belief in animism decreased.

Other theories of animism began to emerge throughout the 1900s. In the early 1900s, Swiss psychologist Jean Piaget proposed that individuals are born with an innate belief in animism from which they gradually emerge. as they develop and discover the world around them. At the end of the 20th century, the American anthropologist Margaret Mead proposed the opposite: that individuals are not born with an innate belief in animism, but rather developed this belief as their culture guided them, in the same way as other religious and cultural beliefs.

In the early 2000s, an updated definition of Tylor was proposed. Yale University anthropologist Stewart Guthrie defined animism as “the attribution of spirits to natural phenomena such as stones and trees”. He also claimed that the development of animism originally may have been in response to the evolutionary instincts of humans. Since early humans needed to be on high alert to survive predators and natural disasters, they may have begun to anthropomorphize or spiritualize natural objects in order to protect themselves against them. However, this theory was ultimately not proven.

Many modern anthropologists use Guthrie’s definition and have gone further by studying how animists view themselves in relation to nature and the world itself. According to modern anthropologists, most animists do not see themselves as a higher being above the objects around them. Instead, they see themselves as an equal part of Earth, living there while being their own separate species, like one piece of a large jigsaw puzzle.

Meditation in nature to achieve harmony is a common practice among Buddhists, a belief rooted in animism. ( Song_about_summer /Adobe Stock)

Although animism is a concept in itself, it may look slightly different from culture to culture. As a result, some anthropologists have questioned whether animism is a unique religion in itself, similar to Christianity with its various denominations, or whether each culture has its own individual religion, with belief in animism as a singular part. The debate is still ongoing, although many see it as an aspect of various religions, as religion can differ greatly from culture to culture, even though animism is a common theme between them.

In Africa, many Sub-Saharan African religions emphasize an element of animism in addition to other beliefs such as polytheism and ancestor worship. In the Saharan region of northern Africa, the Berbers are the predominant religion. The Berbers are the largest indigenous ethnic group in Northwest Africa, and they practice several different religions, one of which is the traditional Berber religion. This traditional and ancient religion has aspects of polytheism, shamanism and, of course, animism.

Asian cultures, on the other hand, have an even stronger basis in animism. In many religions of Indian origin, for example, animism is a dominant theme. Buddhism, on the other hand, emphasizes coexistence with nature. Meditation in nature is a common practice among Buddhists, who believe that meditation in nature will result in harmony. This spiritual understanding of nature is rooted in animism.

Sikhism is similar. Sikhism is an ancient religion originating in India, which focuses on a practical life of “truth, faithfulness, self-control and purity”. Like Buddhism, it also has a significant relationship with nature and shares the belief that humans are spiritually sensitive to nature and the natural world. Respect and harmony with nature is an essential aspect of Sikhism, as even the Sikh scriptures say: “Air is the guru, water is the father and earth is the great mother”. It is a clear example of animism as one of the many core beliefs of Sikhism.

Other Indian religions also focus on the worship of specific trees, such as Bodhi and Bonsai. They may also revere sacred rivers, mountains, and other landscapes as part of their beliefs in the spirituality of nature.

During Vat Purnima, women tie thread around banyan trees to show their love for their husbands. ( georgeburba /Adobe Stock)

Some tree species are more sacred than others and can be used in specific religious rituals or grown in places of worship. For example, Vat Purnima is a Hindu celebration held by married women. During this celebration, women use a banyan tree to publicly display their love for their husbands. These women will come together to tie a thread around the tree to represent their love. They may also gift copper coins to the tree, as a combination of coins and regular celebrations with the wire is believed to please the tree and give their husbands health and longevity.

In addition to this ceremony, the leaves of the tree are considered highly sacred. Krishna, a major Hindu deity, is believed to live on the leaves of banyan trees. For this reason, they are planted in important areas and treated with the utmost care by those who practice Hinduism.

In the Philippines, indigenous religions that worship Anito (ancestral spirits) and Bathala (a major deity of the region) also believe in animism. In the cult of Anito in particular, it is believed that there is an alternate spiritual world that exists alongside the physical world, where the deceased remain. Those who believe in it believe that the spirit world often interacts with the spirit world, causing natural objects such as grass, trees, and rocks to have their own spirit.

Apart from India and the Philippines, Japan, Pakistan and Korea all have similar beliefs in their own original religions. Whichever country you look in, most will have some sort of indigenous history that includes animism. After analysis, it becomes clearer that animism is a common chain linking many different religions, even if they are not correlated with each other. Whether it is beauty, power or the wonders of nature, it is clear that many people from different cultures have attributed a unique spirituality to it.

Animism is still primarily practiced by indigenous groups around the world, although some modern religions have continued to incorporate animism into their beliefs. For example, today’s pagans have openly claimed to be animists and demonstrate this by showing immense respect and reverence for nature and other living beings. They also believe that humans share the world with spirits and that these spirits should be respected.

Although animism is not considered a mainstream belief, it is still incredibly common in different parts of the world. Understanding the beliefs of others gives us a better sense of other people’s cultures and priorities and can show us how human thinking has changed over time. Even those who don’t like to use animism may find they have something in common with animist beliefs, such as respecting nature, even if you don’t believe it has a spirit.

The next time you explore nature, consider its beauty and power. Perhaps you will understand why some people regard it as a spiritual force in its own right.

Top image: The concept of meditation in nature is based on beliefs in animism. Source: ittipol /Adobe Stock 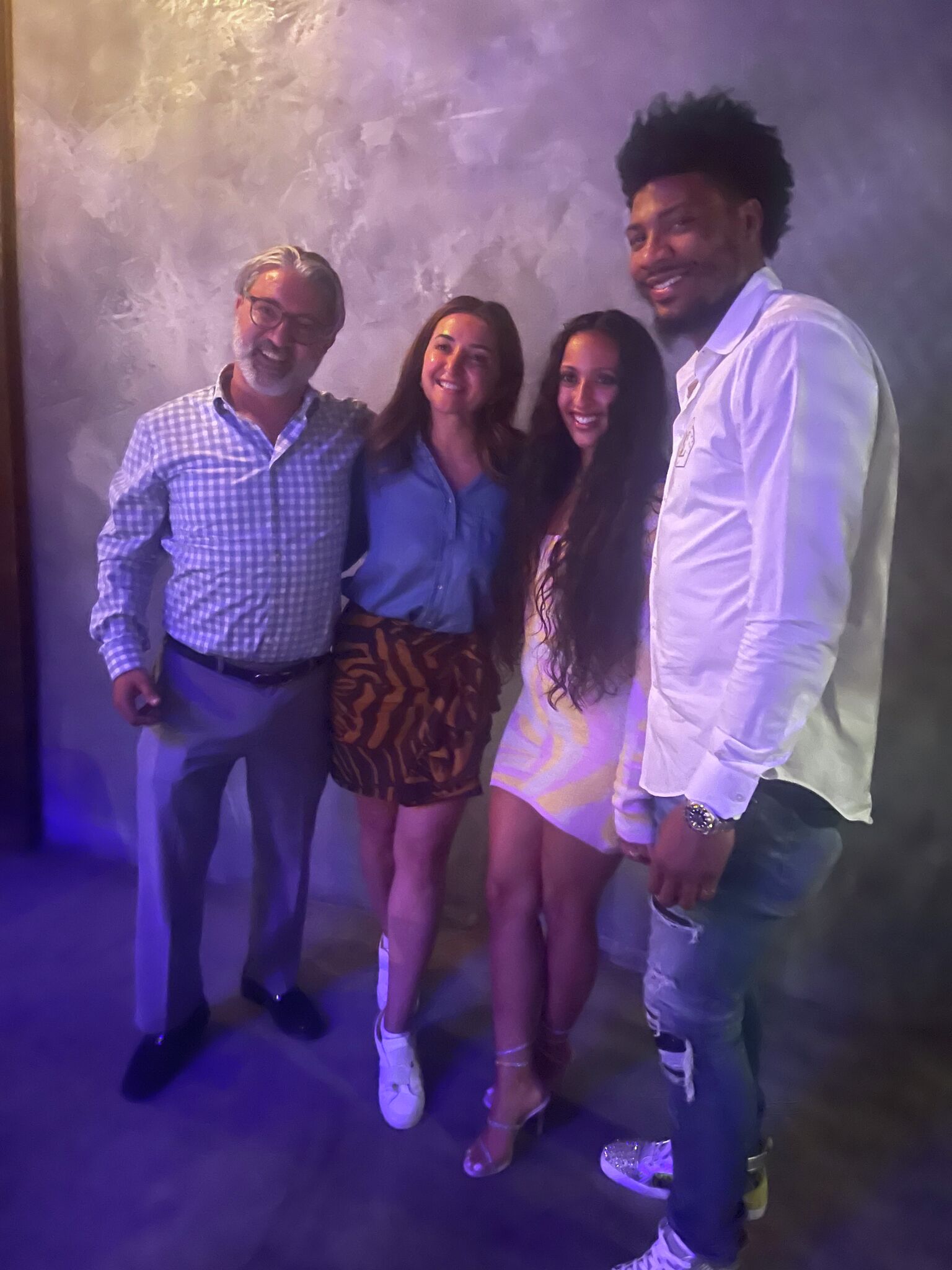