Every immigrant knows that the key to integration is learning the language of their new country. For many, the language they brought with them is just a remnant of their previous life.

In Barcelona, ​​a project is turning the tide with the philosophy that no one arrives empty-handed in a host country. They may not yet have a job or not much education, they may even be illegal residents, but they speak one language – often more than one.

Since 2020, the Prollema (pro llengua maternaor pro-mother tongue) helps those in North and West Africa to gain confidence by helping them teach their mother tongue, Berber – or Amazigh – languages, as well as Darija, Fulani and Wolof.

Based in Nau Bostik, a former glue factory that now houses a series of cultural and community initiatives, the scheme is open to people aged 17 to 23, unemployed and at risk of social exclusion. About two-thirds are undocumented migrants and more than 80% have no income.

Darija, a form of Arabic, is the mother tongue of three-quarters of Moroccans, who often speak Tamazight (a standardized version of Amazigh languages) or one of the other Amazigh languages ​​as well.

“We thought, these young people can’t work and they have nothing to do, why not start a project based on their mother tongue?” says David García Savalls, project coordinator. “Based on this, they learn to express themselves.”

Successful candidates undergo a four-month training course to become teachers, although García Savalls uses the terms “those who show” and “learners” rather than teachers and students.

After practicing on volunteers, they begin to take classes of five students who pay a small fee which, alongside a public subsidy, gives teachers an income.

“When a young person sees that they are being listened to and that people are learning from them, it has a huge impact,” says García Savalls. “The mother tongue is an excuse or a vehicle. What happens is that they gain confidence and self-esteem.

So far, 40 people have completed the program, each teaching three groups of students over a seven-month period. The program is elementary and based on their own experience as immigrants struggling to learn the host language.

After Catalan and Spanish, Amazigh is the third most spoken language in Catalonia

“I never imagined that I would be teaching my language,” says Mohamed Oulhisse, 23, who teaches Amazigh.

“It opened doors for me. I was able to meet people and share a cultural exchange with the students. This allowed me to work as a translator in organizations working with immigrants or families with children in school but whose parents do not speak Spanish or Catalan.

Chaimae Benlemchkraf, 25, taught Darija at Nau Bostik and is now in charge of expanding the program to Tarragona, 100km south of Barcelona.

“It gave me a lot more self-confidence,” she says. “I am no longer a person, I am an ambassador and responsible for the project here in Tarragona.”

Students range from those who work with immigrants to people who want to travel to Morocco or who simply want to learn a new language. There are no other facilities in the area to learn Amazigh or Darija.

Sònia Angelats, 33, works in adult education and her students are mostly young North African men aged 18 to 25. said. “Our teacher was from Casablanca. I think he was only about 19.

“In my job, when they see that you can say things in their language and are interested in learning it, they feel more valued and that you value their culture.”

García Savalls is clear that the program is as much about building self-esteem, saying participants often don’t value their own language because it’s seen as inferior to European languages.

“And yet, after Catalan and Spanish, Amazigh is the third most spoken language in Catalonia.

Sign up for a different perspective with our Global Dispatch newsletter – a roundup of our best stories from around the world, recommended reading and our team’s thoughts on key development and human rights issues, delivered in your inbox every two weeks: 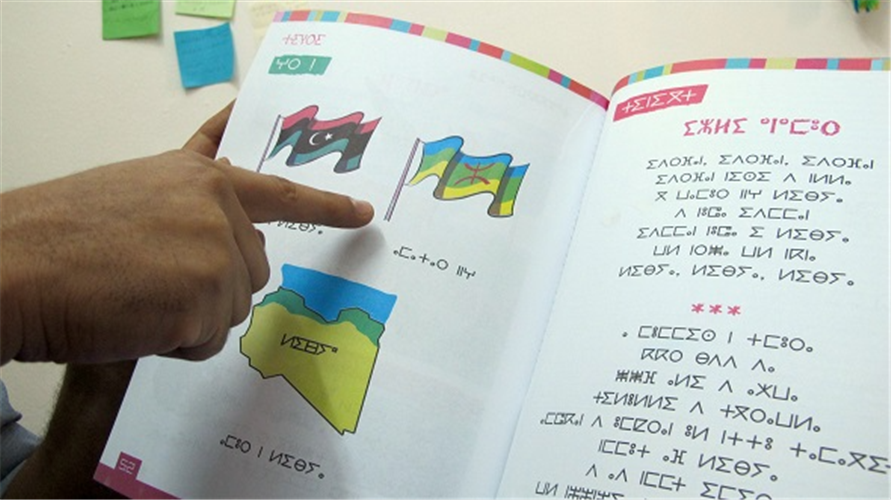 Translation as a new perspective in Amazigh literary discourse

[This article is part of a dossier on Tankra Tamazight, Amazigh Revival, and Indigeneity in North …